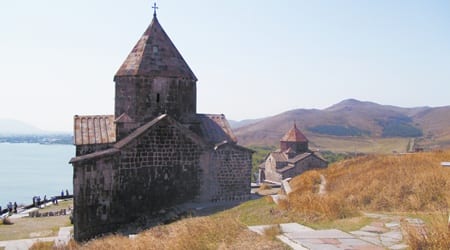 A country of ancient churches and monasteries, Armenia is also a destination that offers multifarious attractions for people of all age groups and interests – from an eclectic display of contemporary art and a vibrant nightlife to a ski resort destination that is perfect for families. By Sudipta Dev 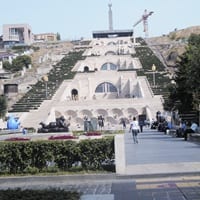 Armenia is an ancient country that has a modern heart, it treasures its traditions but has great expectations from the future. Despite deep rooted scars of a strife-ridden history, it is a land whose people hold peace close to their heart. Every visitor to Armenia would know that it is not just a destination of ancient churches and beautiful landscapes, but also a journey that makes him discover an unknown facet of his soul. Irrespective of the religion of the traveller, it remains a spiritual journey to the world’s first Christian nation. 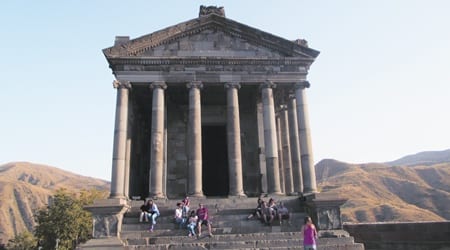 The size of Armenia is about 30,000 sq km, a small landlocked country almost the size of Belgium. It is a nation of mountain chains, and not surprisingly almost 76 per cent of the country is mountainous. Armenians have a great reverence for the Biblical Mount Ararat (currently in Turkey). It is believed that Noah’s Ark came to rest in Mount Ararat. For Armenians, the mountain is a symbol of their national identity and culture. The best views of mount Ararat can be seen from Armenia, in particular from the Khor Virab monastery in the outskirts of Yerevan. The mountains dominate the horizon across the Turkish border and form a magnificent backdrop to the monastery, which is an important place of pilgrimage on account of the fact that it houses the prison of St Gregory, the Illuminator. It was he who had introduced Christianity in Armenia in 301 AD – the first country in the world which adopted Christianity as a state religion. Armenia is a land of churches and monasteries, many dating back to the early Christian era. The most important is the Echmiadzin Cathedral, which is the Mother Church of Christianity in Armenia. The cathedral, that it currently undergoing restoration, was established by St Gregory. It also houses a museum that is an important repository of religious artefacts. Echmiadzin and Sevan monasteries have seminaries and visitors can see young seminarians coming out of the church after prayers or walking around in the precinct. The Sevan monastery with its beautiful black tuff churches presents a scenic backdrop against the backdrop of the picturesque blue Sevan Lake. A short distance from Yerevan is the Geghard monastery which has been carved into the mountain, where people go to take the holy water that comes from a natural source. This monastery is only a short drive away from Garni Temple, the only pre-Christian legacy of Hellenistic architecture in the country.

Yerevan itself is one of the oldest functioning cities in the world, dating back to eighth century BC. At present the city is 2797 years. Great festivities are planned for 2018, when the city will celebrate 3000 years of existence. The country had 12 capitals before Yerevan. Its four year old Zvartnots International Airport is one of the best airports among the CIS countries. At the centrestage in the city is the Republic Square, which is known to be one of the most most beautiful squares in the world. The square is surrounded by many important buildings like the Government House, History Museum and National Gallery, Ministry of Foreign Affairs, Ministry of Transport and Communications, Ministry of Finance and Marriott Hotel. 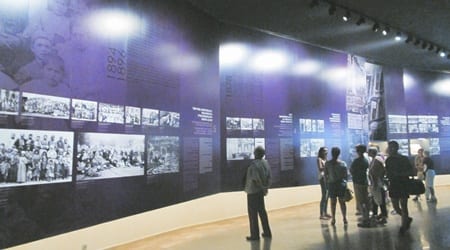 Art is at the heart of Armenia’s cultural ethos. This is evident from the 120 statues of important people (including statesmen, revolutionaries, artists) to the display of fascinating cross stones found everywhere. The cross stone (Khachkar), in fact, symbolises the medieval Armenian culture. The country is known to have 24,000 cross stones, including many ancient ones of historic and religious significance. In contrast, one of the most interesting displays of modern eclectic art is at The Cascade. The giant stairway of Cascade is an innovative showcase of contemporary art and sculpture – from open air displays in the terraced gardens to the galleries of the Cafesjian Center for the Arts. The statue of architect Alexander Tamanian, who is legendary for his work in the city of Yerevan marks the entrance to the Cascade.

The most imposing statue is, however, that of Mother Armenia that towers over the city in Victory Park enroute to the viewpoint. From the viewpoint, Yerevan, visitors can see the city laid out before them – from the Cascade and culture part to medical area (where 1000 Indian students study) to the sports section (including the football stadium) to the industrial part (where 90 per cent of factories are closed). The obelisk at the viewpoint is a reminder of the Soviet era. 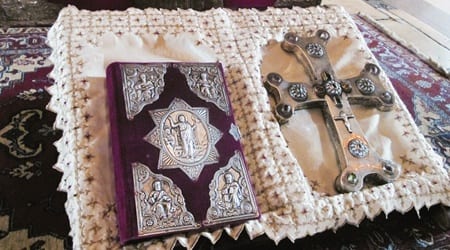 The genocide museum is a painful reminder of the sad history of the nation that has seen the death of 1.5 million people and till today carry the grief in their heart. The photographs of the orphans of the genocide, women and children sent to Syrian desert without food and water, heart-rendering videos, methods of mass killing depicted, are tragic reminders of the darkest hours for the Armenians. All photographs were taken by eye witnesses who saw the genocide. Today as many as 25 countries recognise the genocide, which for Armenians was not only the death of its people but also a cultural genocide.

One of the interesting aspects of Yerevan is its nightlife. The fact that it is a safe country where families or group of friends can enjoy the sights and sounds of a city that never sleeps. Every night locals and tourists alike throng the Republic Square for the colourful display of the dancing fountains. It is a city of countless cafes where you can linger on after a late meal and walk back safely to your hotel without any fear. The best shopping option in Yerevan, particularly for touristy souvenirs and bric-a-brac is the Vernissage flea market. From leather craft to curios to glass work and wood work, Vernissage is a veritable treasure trove for those seeking some interesting bargains. 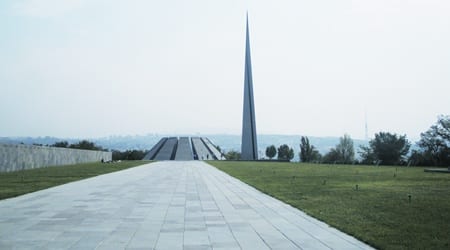 About 50 km from Yerevan is Tsaghkador, which was a popular ski resort during the Soviet era. The popularity of the ski resort destination still remains, even in summer months, with people from Yerevan and other places coming here to enjoy the cooler climate and the green forests and mountains. The ski lift in summer months take tourists up to the mountains to enjoy breathtaking views of the surroundings. Golden Palace Hotel is popular with Indian travellers in Tsaghkador. 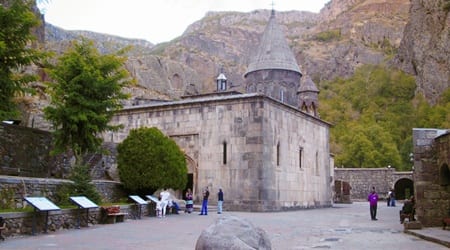 Armenians have deep connect with music, there are many musical instruments that are typical to the country. A folk dance and culture show is must as a part of the visit to Armenia. So is a visit to the visitor centre at Ararat brandy / cognac, which is almost synonymous with the name of the country. A cognac tasting session is a necessary inclusion in the itinerary of every visitor. It was only 15 years ago that the Armenian government started focusing on tourism. Currently the country attracts one million tourists annually. Any guide will tell you that the first tourist who visited Armenia was Noah. He saw land and shouted ‘Yerevan’, meaning “I see land”.

Air Arabia has direct flights from 13 Indian cities to Sharjah, including double dailies from Mumbai, New Delhi, Kochi and Thiruvananthapuram. There are two flights every week from Sharjah to Yerevan, on Tuesday and Friday.

Only Armenian Embassy in New Delhi provides consular services in India. Visa processing time takes up to 10 working days. The documents submission days are Monday, Tuesday, Thursday and Friday. Passports can be collected on the same days of the week. You may apply to the Embassy by yourself or through a travel agent, providing him/her a relevant authorisation letter.

(The visit to Armenia was organised by the Embassy of Armenia in India, Mystique Mantras Holidays India and Air Arabia. Special thanks to Armen Martirosyan, ambassador of Armenia to India)

A milestone year for Tourism Australia