A milestone year for Tourism Australia 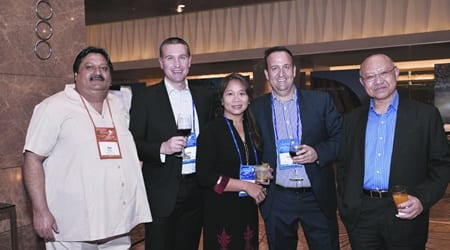 Buoyed by a cricket crazy India market’s overwhelming response to the ICC World Cup,held in Australia- New Zealand in February this year Tourism Australia is all set to push further into this growing source market to tap the huge potential that is still waiting in the wings. According to tourism forecasts, visitor numbers from India to Australia have the potential to reach up to 300,000 by 2020.

Speaking on the sidelines at ITM 2015, Nishant Kashikar, country manager, India & Gulf, Tourism Australia, said, “India has been identified as one of the fastest growing markets. The dream for us is to take this market to AU$ 1.9 billion in spend by 2020. This has been one of the best years for us in India. In fact a record year for us, in terms of spend as well as arrivals with the ICC World Cup. Last year saw several milestones. The first significant milestone was recording 220,000 total arrivals for the year ended June 2015, an increase of 19 per cent relative to the same period previous year. Second is in spend – Indian visitors contributed AU$ 960 million to the Australian economy, an increase of 35 per cent over the previous year. It is interesting to note here that spend has grown faster than arrivals. And third but most important, India has improved her ranking in terms of inbound market for arrivals from 11 last year to number eight, overtaking Germany.”

Michael Newcombe, regional general manager, S/SEA & Gulf, Tourism Australia said, “Events such as the ITM augment our efforts in educating the trade about Australia’s diverse tourism offerings and to aid them in promoting it as a must visit leisure destination among their customers. We are optimistic about India’s continued sustained growth as one of Australia’s top inbound markets.” 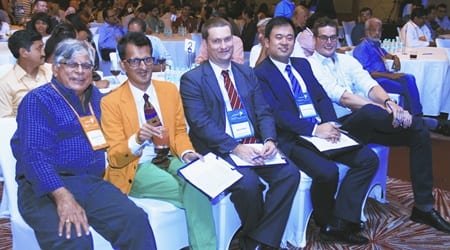 Kashikar agreed, “Over the years, the ITM has proved to be a great platform for us to fortify our travel trade engagement in the country. With a record increase in tourist arrivals from India, Tourism Australia aims to further build on strong trade relationships and training programs for the trade fraternity. Tourism Australia has recently launched an integrated brand campaign with key distribution partners across media mix to reinforce top-of mind recall.” Another significant achievement is that the leisure segment is driving the overall growth in numbers with visitation almost two third . In the year ending June 2015, a high proportion of Indian visitors visited Australia for leisure (147,800). Other visitors visited for business (26,600), education (13,400) and other purposes (32,400). Leisure visitors are on holiday (56,200) or visiting friends and relatives (91,600). And with the Australian dollar considerably more stable than the US dollar, the average length of stay has also gone up. The average length of stay for all visitors from India was 59 nights with leisure visitors staying an average of 49 nights. The findings of the target customer research and Consumer Demand Project (CDP) have revealed that the top five Aussie attractions that appeal to Indian travellers are the Australian beaches, iconic landmarks, wild life, food & wine, and the Great Barrier Reef (GBR). The research also shows that Indian travellers rated Australia’s Food & Wine as the best in the world. There is a diversity of available cuisines in Australia, including vegetarian options. A varied set of Australian tourism products made their debut in the India market through the event this year. Representatives of Mt Buller Alpine Snow Resort, Oz Jet Boating Sydney, Sealink and Captain Cook Cruises, Skydive Australia, Sunlover Reef Cruises, Taronga Zoo, Tjapukai Aboriginal Cultural Park, among others were first time participants at this year’s event. As for India, several buyers from Tier II and Tier III cities participated in this year’s ITM across Bhubaneswar, Pune and Nagpur. TA’s target markets will continue to be the primary cities of Mumbai, Delhi, Bengaluru with Chennai, Hyderabad, Kolkata and Ahmedabad being the secondary markets.