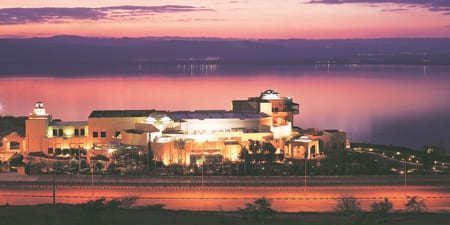 Popular for one of the new Seven Wonders of the World, ‘Petra’, the Hashemite Kingdom of Jordan has much more to offer. With a bouquet of conference facilities and incentive products, the kingdom is keen to display some Jordanian hospitality to the Indian MICE travellers By Akshay Kumar

A country located in the western part of Asia, the Hashemite Kingdom of Jordan is already known for its beautiful landscape. From a historical perspective the country offers one of the mysterious lost cities, ‘Petra’, but on the other hand wellness tourism has also been in existence for centuries due to the presence of the Dead Sea. Moving beyond these destinations, the country has advanced and aggressively entered into the MICE (Meetings, Incentives, Conference and Events) business. Recently, Jordan tapped the opportunity and showcased its conference facilities by hosting the World Economic Forum on the Middle East and North Africa 2015 at the King Hussein bin Talal Convention Centre. Located on the shores of Dead Sea at a distance of 45 km from Amman, the capital city of Jordan, the King Hussein bin Talal Convention Centre is managed by the Hilton Group. This three-storied convention centre offers around 27 conference halls, lounges, foyers and several outdoor terraces. The centre can accommodate conferences ranging from 500 to 3,000 people with exhibition space of 1,310 sq m and boardrooms for smaller workshops, meetings and training sessions. One of the highlighs  of this convention centre is that they have their own Indian F&B manager, who can cater to every food preference. 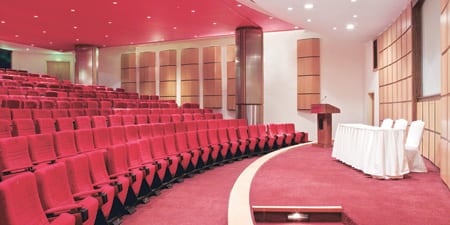 One can even host a convention or an exhibition in the city of Amman at the Zara expo, managed by the Hyatt Group. This centre has three exhibition halls with space of 3000 sq m each. The expo is attached to the Grand Hyatt Amman which has 311 guestrooms including 16 suites, Grand Club and accessible rooms.

Five things MICE operators can include in their itinerary:

With all these world-class MICE facilities, the destination faces one big challenge, which every corporate thinks about. Is this destination safe? This nation shares its borders with some of the countries which have been recently in the news for infamous reasons. But due to a strong resistance from the government towards these anti-social elements, the country is extremely safe for travellers.

The major tourist sites namely Amman, Dead Sea region, Petra, Wadi Rum, Aqaba, etc are visited by international tourists throughout the year and is safe as any other tourist destination around the world. Also, despite being surrounded by desert, the country enjoys a pleasant weather which is very much like the Indian subcontinent.

Middle Eastern cuisine is primarily known for its kebabs and Shawarmas, which are quite popular amongst tourists. Whereas, India is one of the nation where vegetarianism is strongly followed, there are also some special food demands from certain communities. For these travellers, Jordan is an ideal destination, as a large part of the cuisine includes vegetarian food. Right from salads and dips to the main course, the Middle Eastern cuisine has an array of dishes for the veggies. Pita Bread; Shrak; Fatoush; Tabouleh; Shanklish; Hummus; Moutabel; Baba Ghanoush; Muhammara and Falafel are a few must try vegetarian dishes and of course there is a lot for the non-vegetarians as well. Apart from these options, most of the major hotel chains can arrange for an Indian chef, who can cater to every need of an Indian traveller.