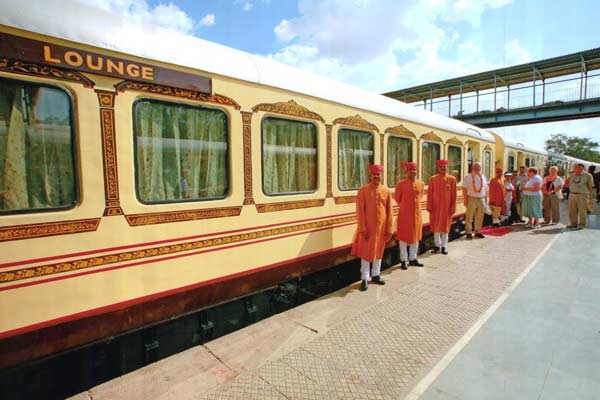 The maiden voyage of Heritage Palace on Wheels (HPOW) has reached Jaipur from Delhi’s Safdarjang station at Gandhi Nagar with 28 tourists on board. The HPOW, on its first tour, has 27 domestic tourist and one foreign tourist from South Africa. This train will run in two itineraries, first three nights (Golden Tringle) Delhi-Jaipur-Sawai Mahdopur-Agra-Delhi and four nights (Desert Triangle) Delhi-Churu-Bikaner-Jaipur-Agra-Dholpur-Delhi. The train can also be booked for facilities like conferences, board meetings and pre-wedding ceremonies.

In a release, HPOW said this all has been possible due to the tourist-friendly policies of the state government and personal involvement of the Chief Minister of Rajasthan and additional chief secretary, department of tourism. The general manager of HPOW, Pradeep Bohra, who is accompanying the tourists, informed that the train arrived at Jaipur’s Gandhinagar Station on the last leg of its Golden Triangle Circuit Tour.

This is the third luxury train in Rajasthan which is being run by Rajasthan Tourism Development Corporation (RTDC).

Meaningful luxury: It goes beyond the tangible