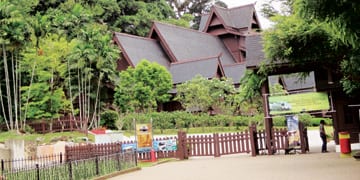 The origins of Melaka is shrouded in antiquity. There are also contradictory versions of how the name Melaka originated – from the Mulagah fish or the pokok Melaka tree. However, what has remained constant through the ages is the significance of Melaka as a trading post that attracted Chinese, Arab, Indian and Javanese sea merchants. Next came the Europeans, with Portuguese occupation lasting for almost 130 years. This was followed by Dutch suzerainty, who were in turn succeeded by the British. As a consequence, the architectural legacy of this UNESCO World Heritage site is a unique amalgam of Portuguese, Dutch and British influences. Nothing probably reflects it better than the Dutch Square in Jalan Kota area. The central fountain was established by the British in 1904 to commemorate Queen Victoria’s Diamond Jubilee. Nearby is the Tang Beng Swee Clock Tower which was built by a wealthy Chinese family. The Christ Church and Stadthuys were built by the Dutch. The latter being the official residence of the Dutch governor. 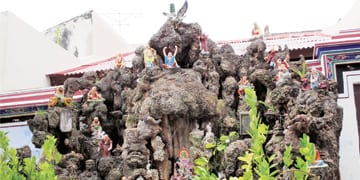 The Dutch Square is undoubtedly one of the most picturesque locations in Melaka, and reflects very well the languid pace of the city and its multi-faceted culture. It is also the location from where visitors can hop on to a colourful trishaw, which is in fact the best way to see the city. The trishaw can take you to the Cheng Hoon Teng temple in Jalan Tokong, also known as the Harmony Street. This is the oldest Chinese temple in Malaysia, built in 1645. The main deity of the temple is the Goddess of Mercy. The other important deities in the temple are the Goddess of Sea and the God of Trade. Like in other Chinese temples, people from the same village would come to the temple and seek shelter here. The temple was their haven. Once these very people established themselves in life, they gave their generous contribution to the temple as a result of which it has been a rich place of worship. Devotees who visit the temple burn effigies of BMW, luxury goods, hell money so that these goods go to their ancestors in the ‘other world’. 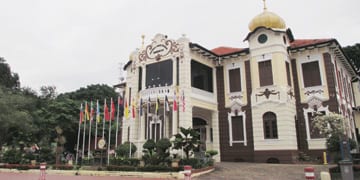 The Kampung Keling Mosque in Melaka is also one of the oldest mosques in Malaysia. Indian visitors would find the architectural feature interesting as the mosque does not have a dome that marks Islamic edifices, but a pagoda.

The ruins of A’Famosa tops the list of Melaka’s tourist attractions. Nearby is the Melaka Sultanate Palace, a wooden replica of Sultan Mansur Shah’s seven-tiered 15th-century palace. It is today a cultural museum with a rich repository of artefacts. On top of the hill is the St Paul’s Church, where St Francis Xavier was buried before his body was moved to Goa in India.

Inside the home of Baba & Nyonya

A highlight of a trip to Melaka is the visit to Baba & Nyonya House Museum. Baba Nyonyas are the ethnic Chinese-Malays. The house was built in 1896 and was converted into a museum in 1985. The current owners are the seventh generation of the family. The museum takes its visitors to a journey of late 19th and early 20th century Malaysia. It is an interesting depiction of the culture and traditions of those days. The guest hall has an exquisite mother of pearl round table. Century old Chinese silk embroidery hang on the walls, each depicting a story. For example the painting of a 100 birds and a phoenix symbolising respect to the ruler, peace and prosperity. There is a dark hall in the house from where girls would peep outside and see the guests in the outer chamber. An interesting part of the museum is the ancestral worship hall. Variety of food is served here during the ritual of ancestral worship. The current generation still comes to pay homage to their forefathers here.

The most striking part in the house is the beautiful staircase, which has been built without any nails. In fact, no nails are driven anywhere in the wooden structure of a home as it is considered inauspicious. The furniture also has no nails as the Chinese believe that nails should be used only for coffins. 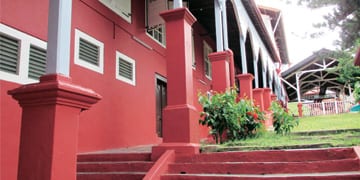 Jonker Street in China Town relives the Baba-Nyonya heritage, with its quaint shops selling antiques and bric-a-bracs. For shoppers, Jonker’s Street is a perfect place for delightful bargains. The night market takes place every Saturday and Sunday, and is a highlight for visitors.

While Baba and Nyonyas were the early Chinese, the Chettis were the first Indians who came to live here. They were the moneylending community. The Little India locality in Melaka has many well stocked shops catering to the Indian-descent populace. There are many restaurants offering Indian vegetarian and non-vegetarian food, served on banana leaf. 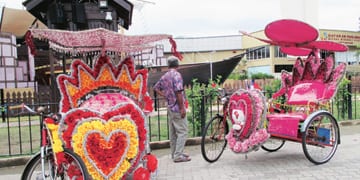 Venice of the East

Once popularised as the ‘Venice of the East’ among European settlers, the Melaka River winds through a 10 km stretch. The 45 minute night river cruise is a perfect way to wind up a day of hectic sightseeing and shopping. In fact, the evening river cruise is a highlight of a visit to Melaka.

The river cruise gives an important insight into the development of Melaka. You pass through houses in the Morten Village, which is a national heritage site, a living museum. The government has put in a lot of effort and investment to beautify the village and the vicinity so that the cruise is a panoramic experience for the visitors. There are 80-90 homes in the area, some of which have been converted into homestays and are popular with tourists. There are interesting paintings on the walls of the houses on the banks of the river. These paintings have been created by students to beautify the riverscape.