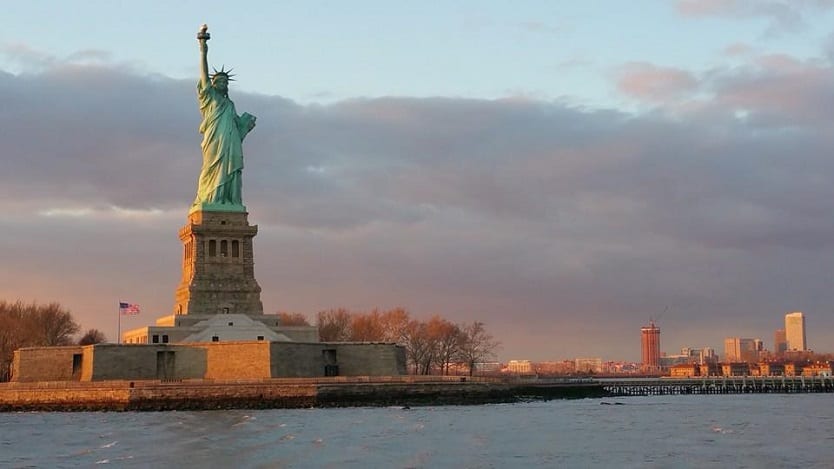 Very few people know that the Statue of Liberty in New York was a gift from the people of France to the people of the United States. The copper statue was designed by French sculptor Frédéric Auguste Bartholdi and built by Gustave Eiffel. The statue was dedicated on October 28, 1886. The Statue of Liberty is a figure of Libertas, a robed Roman liberty goddess. She holds a torch above her head with her right hand, and in her left hand carries a tabula ansata inscribed in Roman numerals with “JULY IV MDCCLXXVI” (July 4, 1776), the date of the US Declaration of Independence. A broken chain lies at her feet as she walks forward.

The statue became an icon of freedom and of the United States, a national park tourism destination, and is a welcoming sight to immigrants arriving from abroad. Visitors arrive by ferry service. All ferry tickets include access to Ellis Island National Museum of Immigration. Visitors who have reservations can view the museum, and climb the stairs to a balcony located at the top of the statue’s pedestal.