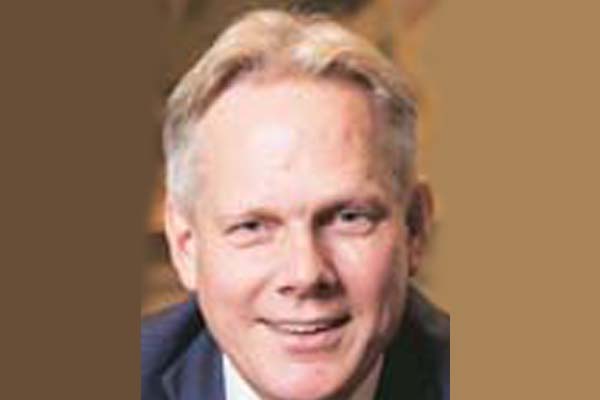 New roles for the industry’s movers and shakers

FREDRIK BLOMQVIST is the general manager of Four Seasons Hotel Bengaluru scheduled to open in the ‘Silicon Valley of India’ in the latter part of 2018. Helming the pre-opening team of this much anticipated Four Seasons property in the Indian subcontinent, he is excitedly looking at positioning this uber luxury destination as a futuristic hub in the city of Bengaluru. The project is strategically located between the Central Business District and the Bengaluru International Airport and comprises a 230 keys hotel, 110 branded luxury residences, more than 50,000 sq. feet of retail space and a premium office tower. An energised culinary scene encompasses a host of six F&B outlets and a recurring dialogue between architecture and nature throughout the spaces, is an homage to the Garden City.

NELISWA NKANI has been appointed as the hub head for Middle East, India and Southeast Asia, South African Tourism. Nkani will now assume reigns and spearhead the national tourism board’s initiatives in India. Nkani was the director for South African Tourism in Amsterdam from 2003 to 2006. Prior to this she was the chief marketing officer for a Government Investment Agency focusing on Europe, Middle East and Africa. As the new hub head she brings great value to the role; over and above her three years at the South African Tourism office in Amsterdam, she comes with holistic tourism experience that includes marketing, strategic government relations, negotiating, tourism, sales and investment facilitation. She will be instrumental in helping the South African travel industry understand the Indian market better, and in encouraging tailored destination offerings to cater to the tastes and demands of travellers from various regions across India.

The Ritz-Carlton, Bengaluru has announced the appointment of AMITABH RAI as its new general manager. Rai will be leading an engaged team of refined ladies and gentlemen in further strengthening the positioning of the brand’s first and only hotel in India. At the helm of this 277 key luxury hotel in Bengaluru, his focus will be to ensure that guests depart with memories of a truly exceptional hotel experience, reflective of the brand’s iconic legacy worldwide. Rai joins The Ritz-Carlton from Gurgaon, where he was the GM of The Oberoi. With over 25 years of experience in business and hospitality. Rai is a essional, having worked in multiple hotel properties in India. He started his career in 1993 as an assistant manager front office and within a span of 10 years, became the GM at The Oberoi Grand due to his driving passion for hospitality and people.

Hilton India announced the appointment of MALLIKA RAO BEDI, as regional director, Human Resources Hilton India and NEELANJONA GUPTA as regional director of sales, Hilton India. Bedi brings with her a vast experience of over 22 years in area of hotel operations. Prior to joining Hilton, she was with the Oberoi and Trident in Gurgaon. She has been extensively involved in hotel operations and garnered experience in recruiting, selection, talent management, employee on boarding, training & development, employee relations and process improvement in line with business requirements resulting in minimum attrition rate. At Hilton, her key areas of focus will be to work with the India team to drive best practices as well as reinforce Hilton as amongst the best places to work.

Gupta joined Hilton from Hyatt where she was most recently director, India sales organisation, prior to she held roles at the Oberoi group and Leela Palaces Hotels & Resorts. She has also held a position of director sales – The Oberoi Group, managing both Trident Nariman Point and The Oberoi Mumbai, in addition to being briefly associated with The Leela Kempinski Gurgaon Hotel & Residences.

MELVILLE JOHN has been appointed as director of operations, Conrad Pune. John holds an experience of two decades in hospitality converting strategic vision into measurable results at various hotels globally. Speaking about his appointment, Melville said, “Our guests at Conrad have the highest expectations, and we keep them inspired with our ever intuitive team members, making connections to create unparalleled experiences in our world of style.” As the director of operations, John will be responsible for heading and managing the hotel operations and maintaining high standards of guest satisfaction. Prior to joining Conrad Pune, John served as the director of Food & Beverage at Conrad Cairo, Egypt. He started his hospitality career as a management trainee with Leela Kempinski, Mumbai. Throughout his career, he has worked with several established brands such as, Four Seasons Hotels and Resorts, JW Marriott and Leela Palaces, Hotels and Resorts across various luxury properties in India, Maldives, Toronto, Thailand, Azerbaijan and Cairo.

The Westin Resort Nusa Dua, Bali and The Bali International Convention Centre (BICC) has announced the appointment of CHRISTINE SANDNER as director of sales & marketing. She has come to the resort fresh from her stint as associate partner/director Sales & Marketing, Hotels with Mark Norris Partnership International based in Dubai, and before that she was heading up the Sales and Marketing for Shangri-La Hotels & Resorts. With a hospitality career spanning over two decades, Sandner brings a wealth of invaluable experience to her new role at The Westin Resort Nusa Dua, Bali. Having worked in Europe, Asia and the Middle East, for luxury hotel brands, she has a sound understanding of the industry in all its entirety. Always mindful about global issues and consumer trends, Sandner is known to implement innovative marketing and communications strategies to drive revenue. This approach is expected to serve her well in Bali where a distinctive edge is required for the resort to maintain its leading edge in such a highly competitive marketplace.