Passport to the future: Can Blockchain revolutionise business travel ?

It’s tempting to dismiss Bitcoin, the world’s first digital currency, as a passing fad, and nothing to do with the world of business travel, but what if the technology upon which it is built could make the fear of forgetting your passport, a problem of the past? Well, now there’s a brave new world. 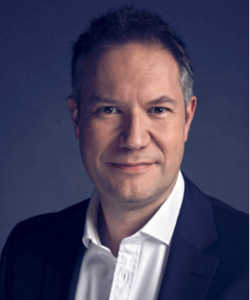 While cryptocurrency is the most recognised application of Blockchain, the technology itself has the potential to revolutionise our lives, including making travel more streamlined and secure.

Essentially a decentralised and transparent data network, Blockchain was created as a way to shift power away from relational databases that are controlled by companies. The technology stores information in encrypted blocks that can never be changed or modified. Chaining the blocks together creates the Blockchain.

It’s particularly relevant now, as high-profile data breaches have recently come to light. According to reports, data is now a US$ 300 billion a year industry. From decentralised social networking sites to authenticated voting, companies are developing ideas across all industries. According to the World Economic Forum, it’s predicted that by 2025, around 10 per cent of global GDP will be generated using Blockchains.

But as with anything, looking at how complicated technology can solve everyday problems is where the real interest lies. Our technical experts, Marcus Bonner and Jon Har-Ewen are testing possible applications by implementing POC or ‘proof of concepts,’ which involve using Blockchains to solve small problems, and then gradually expanding on them. The advantage of working this way is that we can be flexible in introducing and testing new versions, and is just one example of the way we’re becoming much more fleet of foot in the way that we develop and release products.

The possibilities for how Blockchain can impact travel are numerous. Starting with identity verification, a traveller’s identity could be verified from anywhere, eliminating that awkward exchange with passport control, when you look nothing like your photo. An application that distinctly assigns passengers to luggage is also being explored. When it comes to loyalty and bonus programmes, reward points could be collected from vendors, and made instantly accessible and used like a currency.

If you sprain your ankle on a business trip, Blockchain could streamline the error-prone process of logging a claim. A hospital could post the incident, which can be picked up from a block shared with an insurance company. Blockchain has enormous potential but there is also some hype. Whenever there is a physical process involved, having a reliable database will help to track but will never eliminate human error.

However, it has the potential to address some of the issues associated with traditional systems, since it creates an encrypted thread of data ledgers. Travel managers can, therefore, fulfill their duty of care obligations more efficiently. In addition, travel management companies will be better placed to overcome unexpected problems and negotiate multiple levels of security, payment, and accommodation.

Changes to business travel are just around the corner but Blockchain is simply the connectivity piece. Our job is to build the future on that ecosystem.