In the land of Komodo dragon 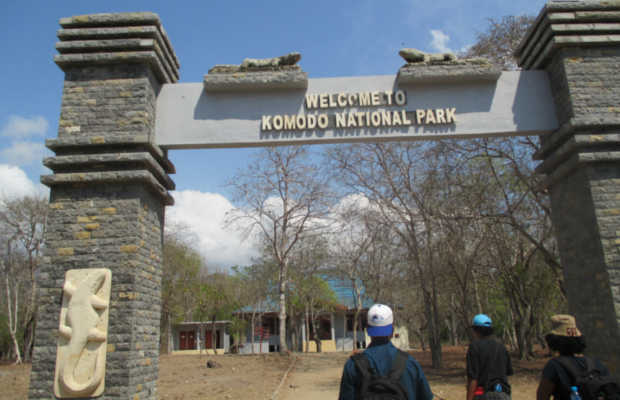 One of the highlights of my visit to Indonesia last year, on an invitation from Visit Indonesia, was the trip to Komodo Island, which is inhabited by the legendary giant reptiles – the Komodo dragons. The Komodo Dragon National Park, established to protect the Komodo dragon, covers an area of approximately 600 sq km, and includes the large islands of Komodo, Rinca and Padar, along with many smaller islands. The area is a UNESCO World Heritage Site and a Man and Biosphere Reserve. Labuan Bajo in east Indonesia is the base for those who want a close encounter with the world’s largest lizards. There are no hotels or resorts in Komodo Island, some visitors opt for live-aboard boats to explore the area which also famous for its colourful corals and exotic marine life. Visitors to the park are told many interesting legends associated with these giant lizards, including the fascinating story of Putri Naga or the Dragon Princess who married a man. One of the aspects that I found most intriguing about these stories was the close proximity between the Komodo dragons and humans, which is evident even today. These lizards have lived in perfect harmony with people who inhabit Komodo Island. The guide informed that the inhabitants here are descendents of former convicts. Visitors have an option of choosing the long, medium or short trail. Whichever trail they choose, they do get to see quite a few of these amazing reptiles in the national park. All the walks end at the rangers’ canteen which interestingly is one of the favourite haunts of the Komodo dragon, which turns up here sometimes to get food. It was an unusual sight to see these giant lizards lounging amidst the benches and tables at the rangers’ canteen. Visitors are warned to keep a safe distance from these carnivorous reptiles, and not irritate them much.