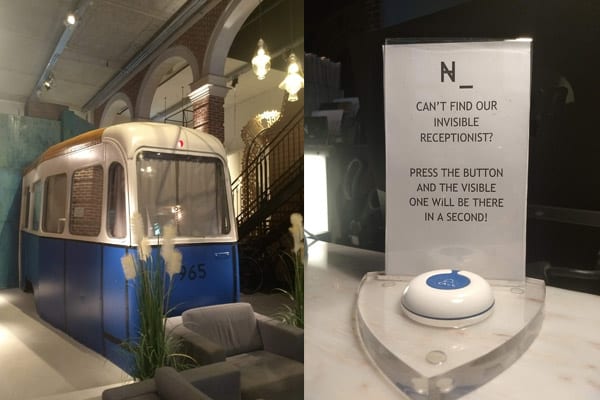 Hotel Not Hotel is, like its name suggests, not the usual hotel. Based in Amsterdam each room isn’t just a room, but a work of art with its own creator, story, and identity. Most of them are designed and specially made by Collaboration-O, a group of young designers from the Eindhoven Design Academy, and one by Arno Coenen and his partner IRIS. The bar connected to Hotel Not Hotel is called Kevin Bacon after the actor. Some of the rooms are called Amsterdam Tram Cart, Crow’s Nest, Secret Bookcases (mysterious rooms hidden behind actual floor to ceiling bookcases), Urban Jungle (with doors covered in grass). In the Secret Bookcase rooms, some mirrors or paintings conveniently double as a one-way window, so you can see when it’s safe to come out of your hiding place, but no one can look inside. There is even an invisible receptionist! You can book these rooms on booking.com.